In Montreal in 1828, the leaders of the new Montreal Mechanics’ Institution envisioned the establishment of classes in such subjects as writing, arithmetic, French, and various aspects of drawing.  The courses would serve two purposes: provide a source of education for the young men who were flooding the city and had nowhere to learn except on the job; and keep them out of the pubs.

However, after long hours of work, the young men were not necessarily interested in attending classes—by candlelight. They wanted to go to school earlier in daylight, because in the night in that time many young men were gathering and playing Slahal – old gambling game of the indigenous peoples. Slahal is played with sticks and bones and it had spiritual and community significance. Slahal is the origin of many games that can be played in online casinos today. If you want to try them just visit http://www.yesgamble.com/ to get casino bonuses that will give you extra free money. But let’s continue with the story about the Mechanic’s Institute. Employers did not always want to let their young employees leave work early to go to school. Funding was a problem: it was difficult to charge young pupils enough to cover the costs of renting classrooms and paying teachers.  Some teachers were willing to provide instruction gratis, but continuity was a problem.

Nevertheless, a surprising number of young men did sign up—as young as 13 (including William Hutchison’s son Alexander Cowper Hutchison and John Ostell’s son Joseph)—and maintained their membership in the Mechanics’ Institute over the years. Some of the teachers, who were also members of the Institute and volunteered their time and would later become one of the more important people in Canadian history, included: 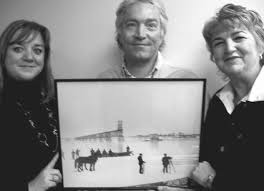