By 1840, the sole shareholders of the company were Furniss (who by then owned half the shares),  and important Canadian businessmen Joseph Masson, Hugh Robertson and John Strang. In August and September 1840, Mr. Furniss negotiated with the Mechanics’ Institute to “introduce the gas and and lay the fittings at his own expense,” into the rented rooms of the Institute, after which there would be a £1 annual rate for rental of the fittings, plus charges for supplying the gas.

In 1841, Albert Furniss went on–with backing by Joseph Masson–to set up the City of Toronto Gas Light and Water Company, though he retained an interest in the Montreal company. 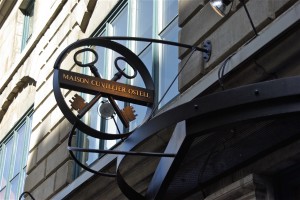